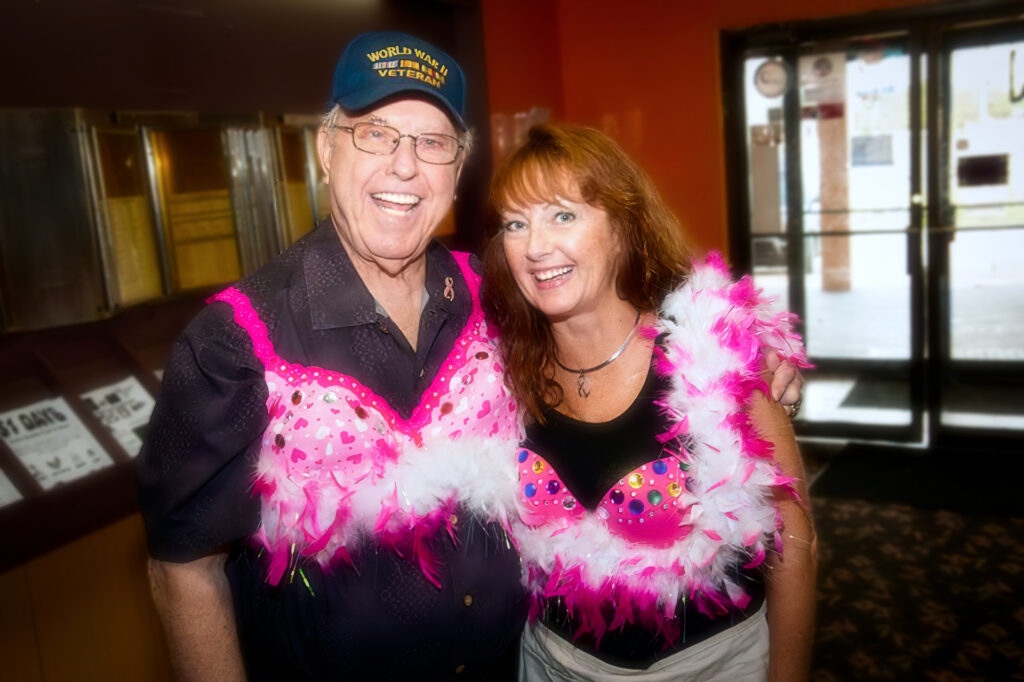 In loving memory of our very own “Local Star – Alvin Kirk”

The story of Alvin Kirk is a story about a long, wonderful life filled with love:  love of family, love of country, and love of community.

The love story begins in the 1940’s in Memphis, TN, when Alvin, a young man in the United States Navy was out on the town with his buddies. Alvin was unable to travel overseas to serve in the military at that time, because both of his older brothers and his step-father were already deployed. Rules dictated he stay state-side, since the other males in the family were serving out of the country.

While out with his friends, he saw a voluptuous, red-haired beauty with a “wiggle in her walk,” and he set out to meet her. She was with two girlfriends at the time, and they were about to board a bus. Alvin sped his gait to catch-up to her, but sadly, he tripped on the curb and missed the bus.

He and his buddies continued with their evening until low and behold, he saw her again! This time, she and her friends were in a club called “Dreamland,” and he was not going to miss his opportunity to meet that girl! Alvin was enamored by the red-haired girl’s beauty, so he sat down at the table she and her girlfriends shared. They all agreed to let him stay, and when the music slowed, he and Nadine, would slow dance…the only kind of dancing Alvin preferred. When fast songs came on, Alvin would wait until the music returned to something slower.

Nadine didn’t think Alvin would be able to find his way back to her house, but he was not about to forget her address! After only three dates, Alvin asked Nadine to be his wife, and on their fourth date, June 8, 1946, they eloped to Hernando, MS. That began a great love affair spanning more than 62 years! Nadine was born on Valentine’s Day, 1925. She passed away April 22, 2008.

During their marriage, the couple had four children: three boys and one girl. Denise Kirk O’Brien of Holladay Insurance was the youngest and only daughter of Alvin and Nadine, and she is steadfast and determined to keep her Dad active in community events, which he thoroughly enjoys.

Since she and her Mom were breast cancer survivors, Denise and Alvin pictured Nadine in heaven giggling as Alvin donned a blinged-out, pink bra as a participant in a Breast Cancer Awareness walk in Tampa five years ago. He also encouraged others to “stuff his pink bra” with donations in a more recent American Cancer Association “Making Strides for Breast Cancer Walk” and led their team in fundraising!

At age 90, he intends to vie for the West Pasco Chamber of Commerce Young Professionals Group, Sleek and Sexy event, “Sexiest Swagger” award, for the sixth year in a row. Known as “Lady Killah” by Jim Murdock and the Rooters Networking Group, Alvin is loved by everyone he meets. He is also entertaining the notion of participating in the Community Services Council, “Bachelor, Baskets and Services Auction” again, where he has brought good money to the organization each time he’s participated!

Alvin and Denise are quick to support any event where people, especially children, need support for medical treatment, or anything that benefits Veterans.

Denise chuckled, “Dad does have quite the following! Whenever I show up at an event without him, people ask ‘where’s Alvin?’ before even saying hello to me! I love my Dad!”

Our beloved local star, Alvin Kirk, a five-time winner of “Sexiest Swagger” and one of the most eligible bachelors in West Pasco County, is truly loved by everyone in our community, and it is obvious from his participation, the feeling is mutual!

If you our anyone you know is considering making a move, I would be happy to meet and offer my expertise. A “PERSONAL” home evaluation is always FREE and my resources can provide a more arcuate picture of a homes potential value. I guarantee to sell your home fast and for top dollar.

Find Out How Much Your Home Is Worth TODAY

You Can Start Your Home Search Now